On Memorial Day and Veterans we remember those who have died and those among them served our country in the United States Armed Forces. It is because of those individuals who fought in various wars throughout our history that we enjoy the freedoms in life that we now know.

On Memorial Day 2016 the McQuown Funeral Home began displaying memorial tiles of those Veterans that have died and whose final services we were so to handle. These tiles will include the name of the veteran, their Rank, Name of War and Branch of Service, and their year of birth and death. They will be affixed to the columns at the portico entry to the funeral home.

There is an expense involved and is covered solely by this funeral home. We would like to be able to place all tiles for all veterans served by McQuown Funeral Home, formerly Plass Funeral Home, formerly Troxell Funeral Home at one time but due to those expenses we can only place approximately 25-30 tiles per year. We will order tiles for the present year and work in reverse chronology until we can no longer ascertain a veterans information.

The only requirements for this that the veteran deceased and that their (or the spouse's) funeral service be conducted by this funeral home in Glasgow, PA. (that was known as one of the above three named). Prior to myself, Charles J. McQuown, taking charge of the funeral home in May of 1985, records may not have been well kept. If a family member of a deceased veteran doesn't see a known veteran's tile prior to 1985, and can produce that veteran's discharge and verify proof that their funeral service was conducted by this funeral establishment, a tile to that veteran will be placed. 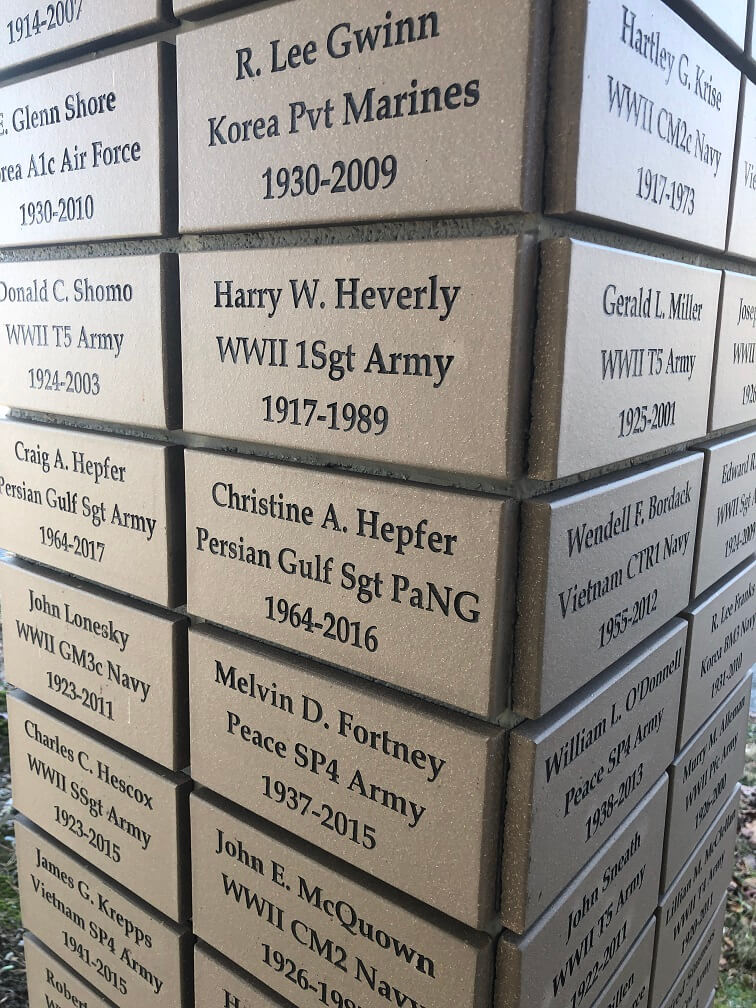 McQuown Funeral Home would be honored to place a tile for any deceased veteran whose services were handled by the Troxell Funeral Home in Glasgow, PA.  prior to December 6, 1956, as all necessary records and information needed is available after that date.  As the funeral home has been business since 1890, information would be required from 1890 to December 5, 1956.

Please fill out the form below if you would like to request a tile: